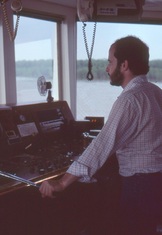 Former riverboat pilot Robert J. Elisberg has been a commentator and contributor to such publications as the Los Angeles Times, Los Angeles Daily News, Los Angeles Magazine, C/NET and E! Online, and served on the editorial board for the Writers Guild of America. He is a regular columnist for the Huffington Post, and has contributed political writing to the anthology, Clued in on Politics, 3rd edition (CQ Press).

Born in Chicago, he attended Northwestern University and received his MFA from UCLA, where he was twice awarded the Lucille Ball Award for comedy screenwriting. Not long afterwards, Elisberg sold his screenplay, Harry Warren of the Mounties. He was on staff of the animated series, Flute Master, created by Barry Glasser which has been seen worldwide except for just a single territory.  (That territory is the United States.)  Elisberg co-wrote three of the Skateboy movies based on the series.  He also co-wrote the independent film, Yard Sale.  The movie won the Founder's Vision Award at the Great Lakes Film Festival.  He shall say no more.  Most recently, he has written a comedy-adventure screenplay being developed by Callahan Filmworks..


His comic novel, A Christmas Carol 2:  The Return of Scrooge reached #1 on Amazon's Hot New Releases for Humor Parody.  He also wrote the novel The Wild Roses, which was a Top 50 Bestseller in three categories on Amazon, including reaching #5.

Among his other writing, Elisberg was the head writer for The Al Gore Show, pilot episodes for the proposed radio series.  Currently, he has been writing a tech column for the Writers Guild of America, west, since 1997. He understands most of the technology he writes about, but when there's something that bewilders him, he fortunately has whizzes he can call.  He also co-wrote with Andy Marx the song, “Just One of the Girls” for the Showtime movie, The Wharf Rat, and wrote the book for the stage musical, Rapunzel, which has been performed a couple of times as far as he's been told.  He co-wrote a book on world travel, though it was as a ghost-writer, so that's about all he can say about it publicly.

He has contributed to such publications as the Los Angeles Times, Los Angeles Daily News, and Los Angeles Magazine, as well as C/NET, Internet Life, PC Games, and E! Online.

Earlier in his life, though after his wanderlust period on the Mississippi River piloting steamships, Elisberg was an assistant production executive at Universal Pictures, where he previously served as head writer in the Publicity Department -- and as a studio tourguide, though not simultaneously.  As a freelance unit publicist, he worked on such films as Naked Gun 2-1/2, Naked Gun 33-1/3, Pet Sematary and Salvador.  And in the magical world of marketing, he wrote numerous TV and radio ads, movie trailers and poster copy.  And lived to tell about it.

Executive VP, Telecommunications
Rabbi Jack Moline
Rabbi Moline has extensive experience in telecommunications, having used a telephone for many years, usually for fundraising.  When not going around to offices and admonishing employees, "Y'know, if you look into your heart, you really shouldn't be doing that," he splits his time with Elisberg Industries as President Emeritus of the Interfaith Alliance in Washington, D.C.  Honestly, we mainly like having an officer with Washington connections.  As well as a pipeline to God.  Hey, you never know on either account, and it's good to cover your bases.

Senior VP, Shipping
Adam Belanoff
Thanks to a fortuitous oversight, Adam Belanoff was brought in to head the shipping division despite a lack of qualifications.  The result of a small mix-up, he applied under the mistaken belief that he would be working on boats and get to spend a lot of time on cruise ships.  Despite that misunderstanding, Adam has shown himself adept at management, with a skill for hiring people below him who have great experience and then leaving them alone to do their job.  This has allowed him to spend time away from Elisberg Industries and write on staff for such television shows as The Closer, Major Crimes, (which he insists are two different programs, but the latter is really The Closer with a paint job), Murphy Brown, Cosby and Titus, for which he famously wrote all the boat episodes, none of which got produced since the show didn’t involve seacraft.  His first name is short for “Admiral.”


Other positions pending due to hiring freeze.