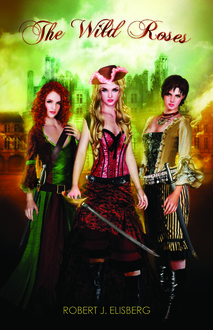 The Wild Roses is the sweeping tale of three women who find themselves caught up in a swashbuckling adventure of high action, comedy and romance to save the king and country. Within months of each other, King Louis XIII, Cardinal Richelieu, and the powerful Queen Mother Marie de Medici all died, leaving France of 1648 in the hands of a Child King. The result is a power vacuum, from which aristocrats hope to plunge the nation into civil war, which could determine the balance of power in Europe forever.

A plot by the leader of the aristocrats has been set in motion, kidnapping the young king, to force the royal family to abdicate. Near-helpless, the Queen Regent and her Chief Minister Cardinal Jules Mazarin (protege of Richilieu) try to stave off the threat, but with little success. And so, as the life of France begins to break down, lawlessness in the streets breaks out. In the midst of this turmoil, three young women – unaware of one another – have each suddenly been forced from home to face their own steep hurdles alone that have changed their lives. And though they don’t know it, those separate lives will soon entwine with one another, and the destiny of France.
To purchase "The Wild Roses," click here

A Christmas Carol 2:  The Return of Scrooge 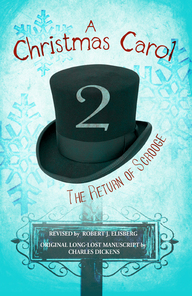 A #1 best-seller on Amazon for Humor Parody.  A Christmas Carol 2: The Return of Scrooge is a continuation of the beloved Christmas tale, that quickly goes flying off in its own comic direction. It begins five years after dear old Ebenezer Scrooge has passed away and left his thriving firm to his former clerk, Bob Cratchit. However, Bob's overly-generous benevolence with lending and charity-giving has driven the company into the ground, on the verge of bankruptcy. And so the ghost of Scrooge returns one Christmas Eve to teach Cratchit the true meaning of money. Making the swirling journey through Christmases past, present, and yet-to-be all the more of a chaotic ride for Cratchit are the dozens of characters from other Dickens novels woven throughout the story, together for the first time. God bless them, most everyone.


To purchsse "A Christmas Carol 2: The Return of Scrooge," click here

Clued in to Politics (3rd edition) 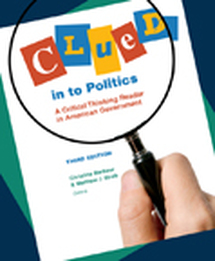 I don't get a penny from this, but one of my articles is included in this anthology of political writing from the publisher's of Congressional Quarterly.  Other authors in the book are Abraham Lincoln, George Washington, Barack Obama, John F. Kennedy, Nate Silver, Alexander Hamilton, Martin Luther King, Franklin Delano Roosevelt, and Alan Cooperman. How Mr. Cooperman got in there amongst us, I don't know. But we welcome him.

The book is terrific, and the publishers are nice folks.  (They did give me a couple of copies...)  But because it was never expected to have high, mass-market sales and is intended for colleges and smaller markets, the cost is a tad high for general public.  (At the time I write this, it's $58.)  As I said, the book is well-worth reading, but if you'd rather check my article alone, it's entitled, "Yes, Virginia, There Are Liberal Republicans."  And can be found here on the Huffington Post.